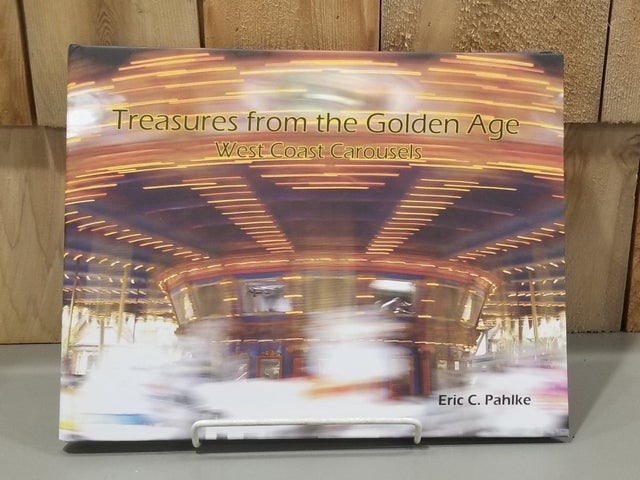 Treasures from the Golden Age, West Coast Carousels is a tribute to the art and engineering of the classic wood carousels built in the United States between the 1880s and the 1920s.

The primary focus of the book is on the 19 classic carousels still in operation along the West Coast, between San Diego and Seattle. These machines feature individually hand-carved wood horses, menagerie animals, and chariots created by skilled artisans, many of whom were recent immigrants from Europe. No two carvings are exactly alike.

The book also includes information on carousels with fiberglass replicas of classic wood carvings, as well as carousels with newly carved figures, modeled after classic designs. Several of these new machines are located in zoos with carvings of endangered species.

Finally, there is information about museums and large private collections of classic carvings that would, otherwise, be lost to future generations.