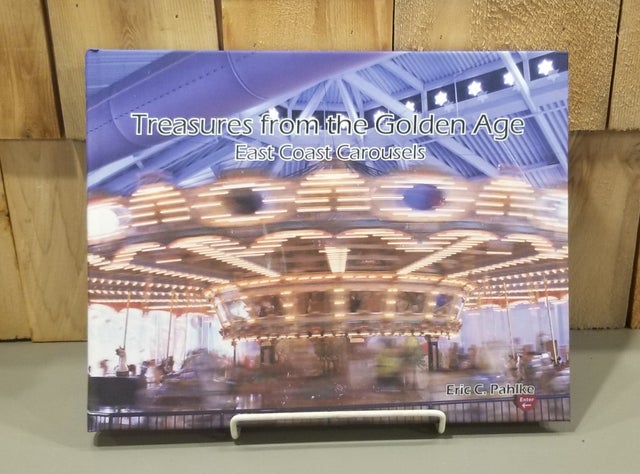 Treasures from the Golden Age, East Coast Carousels is a tribute to the art and engineering of the classic carousel built between the 1880s and 1920s. The book focuses on the 35 classic carousels still operating along the East Coast of the United States, generally between Washington, D.C. and Boston, Massachusetts, approximately an hour's drive from the Atlantic Ocean. These carousels feature individually hand-carved wood horses, menagerie animals, chariots, and other details created by skilled artisans, many of whom were recent immigrants from Europe. No two carvings were exactly alike!

Thirty-two of the carousels reflect what later came to be known as three distinct carving styles: Coney Island Style, Philadelphia Style, and Country Fair Style. The other three carrousels are a racing derby, an English galloper, and a frame with German carvings.

The book also contains information on a select number of newly carved carousels as well as two museum collections.